Ben talks to us about his HSC, enjoyment, family, communication, and how the younger generation, a generation of snap chatters and Instagramers can benefit from learning drums…

Bron:               I’m really excited to chat to you today, because I understand you are about to do your HSC performance next week.

Bron:               So I want to ask you some questions that might help some other people in relation to, if they are thinking about doing music for their HSC. What’s involved? What actually got you to this point? I want you to tell me about your journey. So I am going to go way back in time and I want to ask you, how old were you when you started playing?

Ben:                I’ve always been an energetic kid. I’ve always liked hitting things. I’ve always just liked to throw my hands around. I knew that no other instrument would probably suit that so I decided I would give the drums a bit of a try one day and I enjoyed it from there.

Ben:                It’s just the freedom that it gives you. With the other instruments you are just sitting there holding it a certain way, but with the drum kit you can alter it into different positions that you want. You can create different sounds just by hitting it in a different way or using a different stick. There are so many different ways that the drums help you. They help you release anger. They help you just relax as well. It’s just a way of communication to your inner self and to others that expresses how you are feeling at the current time. For me drumming makes me feel relaxed and calmed. I know that I can come to it if I’m not having the best of days. I can come and just close my eyes and jam out without a care in the world and I know that it’s not going to get judged by anyone, because it’s just myself playing. It’s just me representing myself.

Bron:               If you could think of three words to describe your experience with BRHYTHMIC, what would they be?

Bron:               So, enjoyment, family and an alternative communication. Tell me more of each of those things, so enjoyment?

Ben:                So Family. The two tutors from BRHYTHMIC that I have worked with, Bron and Marc, they have just become really close with me personally. Bron has been my tutor for almost ten years now, and I’ve known Marc for about seven years and he has been my tutor for about four years. So it’s just that sense of personal connection, where I can speak to them about whatever, and I know that nothing will come out of it.

Ben:                It helps you present yourself and it helps you be yourself, without having to speak any words, just through your actions.

Bron:               That is so powerful. In the digital age that we are in now, where so much of our communication is text message, likes, dislikes. How powerful.

Look before we finish, I would like you to share what your pearls of wisdom are and what advice you would give to a student just starting out, also to a student that might be playing for a few years now that are thinking about doing music for their HSC?

Ben:                Ok, so for the people just starting out, you may feel within the first two or three months that you really enjoy it. So I would class that as the honeymoon phase. Then about four to eight months, at least, you might start to gradually decline your interest in the drums and that’s where you notice that a few people actually stop playing. Just because they feel no sense of purpose to it. Those kids that stick on however, they have found that enjoyment within it and they have found that drums actually help them with other things like schoolwork, for instance.

With the people who are thinking about doing music, it’s a break in itself at school. It’s a better way to help your brain function by doing something completely different during the day. It’s better than just sitting there and having five to six subjects where you are just constantly writing, where you are looking at a board and writing down everything that a teacher says.

You can take a break from that completely for an hour or so.

Bron: That’s excellent. Look, as you know Ben, I am incredibly proud of you. The whole team at BRHYTHMIC is incredibly proud of you. We just think you are amazing. We have seen you grow from a small, little boy, all the way up to a young adult and from the bottom of my heart I just want to wish you the very best for your performance next week. I will be there not only to support you but also to play along with you. We totally believe in you mate, so well done with all of your successes. 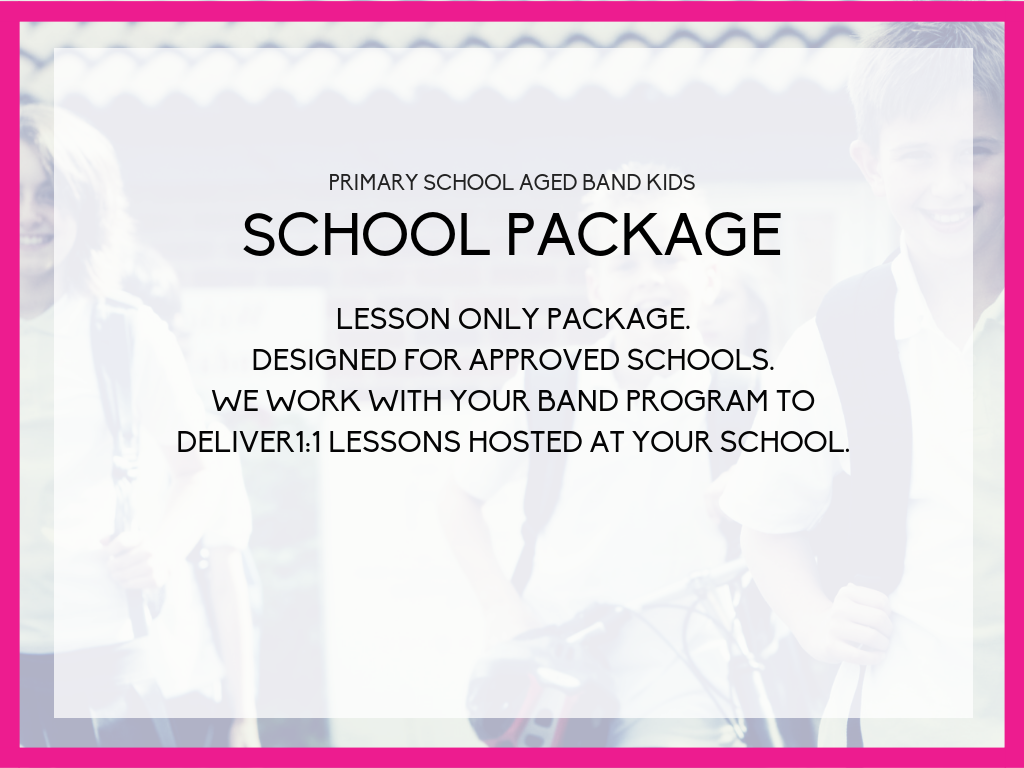