Many people pick up instruments with dreams of being the star of the show. Rock stars are idealised with big personalities and skills to turn heads.

For drummers, while talent and show-personship are important, there is one characteristic often overlooked: selflessness. Selflessness is the very hard but sometimes revolutionary willingness to put others before yourself. With marketeers manufacturing a ‘me’ centred culture and global politics becoming increasingly introspective, it is a characteristic that is looked upon with less and less regard. In history, however, it has been a force to be reckoned with.

This philosophy is all well and good, but what has it got to do with music?

There are three main applications of selflessness in drummers.

The fundamental role of a drummer in a band is to keep the beat.

I had the privilege of attending the workshop of Michael Jackson’s drummer, Jonathan “Sugarfoot” Moffett. This man’s very presence oozed solidity. Each one of his bulging biceps kept the beat going like a metronome of protein supplements. He played the song “Jam” for us, demonstrating the beat he played during MJ’s dance solo. It was simple, and it was solid, perfect for keeping Michael moonwalking across the stage. Afterwards he played what he would have done if that segment of the song was about him (which on this particular evening, it was). He had cymbals galore, and chops that made my own forearms hurt. When he had finished, he joked that had he done that during an MJ tour, Michael would have turned around with a look of considerable disdain. And rightly so, because while a performance like that might have gained attention, it would have been very hard to dance to.

Jonathan Moffett exhibited selflessness in constraining himself to a simple beat, so Michael Jackson would have a solid foundation to dance upon. In doing this, he was also creating space for Michael to dance amongst, which leads conveniently to our next point.

It is somewhat unintuitive but occasionally the most beautiful part of a song is when there is no sound. For a drummer, this means practising selflessness by giving up the spotlight over-complex drumming for a greater beauty: a spacious song.

One of my favourite drummers is Steve Jordan, drummer for John Mayer and other greats. If ‘In the Pocket’ was a country, Steve Jordan would be the prince, purely because he would be too cool to be the king. In Mayer’s song “Gravity”, a slow six-eight, there is almost enough time between notes to stop and appreciate each one that has been played. If he so desired Steve could fill every demisemiquaver with a note so tasteful it would make your mouth water (I often find myself hungry after listening), but instead he chooses selflessness. Steve puts others first, not just for the sake of his band members, but for the sake of the song.

Music was borne out of community.

A song comes into its full potential when the notes from one person’s fingers reach the eardrum of another’s. For relationships to develop sometimes (I’d advocate for most of the time) we need to put others before ourselves.

To put it simply, drumming is relational, and selflessness is good for relationships.

Whether you’re in a band, an orchestra or just starting out, may I encourage you to consider the benefits of selflessness for your music, your band members, and your audience. Whether you’re staying solid, creating space, or prioritising the squad, do it for others, and I’ll guarantee you’ll get more out of it yourself.

…In saying all that, please when it comes time for the drum solo, by all means possible… go nuts! 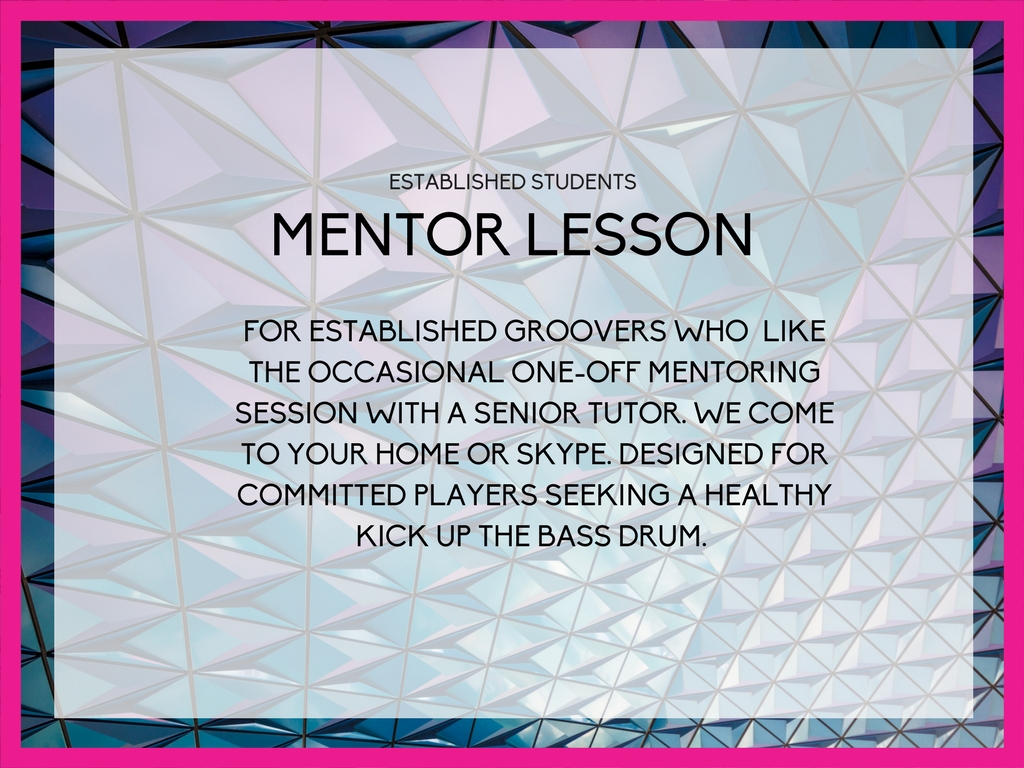